Huwei Honor:-Smartphones’ lines are blurring. Over the course of 2016, phones like the OnePlus 3, ZTE Axon 7, and iPhone SE have all shown that you don’t need to pay more than $400 to get something high-end.

The Galaxy Notes and (larger) iPhones of the world can still justify the usual $650+ price tags, but it’s getting harder and harder for anything without a Samsung or Apple logo to do the same.

The Huawei Honor 8 only deepens that divide. Like those devices above, it’s $400, but looks and feels like it should cost more . I’ve been using the phone — which comes unlocked and works with GSM carriers like T-Mobile and AT&T — for the past couple of weeks. Here’s a rundown.

What’s good about the Huawei Honor 8
– It’s gorgeous. What I like most about the Honor 8 is how I’ve been going out of my way to use it. Review units come and go, and eventually everything starts to bleed together. At first blush, this one doesn’t seem much different. You have the rounded edges, dotted speaker grill, and not-uncommon mix of glass and aluminum.

The longer I’ve spent with it, though, the more it’s stood out. It’s neither thick nor heavy, but there’s a sense of heft to it that’s refreshing at a time when many devices are obsessed with slimness. The side bezels are super slight, the aluminum edges are sturdy, and 5.2 inches is a good middle ground between “comfortable for one hand” and “comfortable for watching YouTube.”

The all-glass back is smooth and spare, and its lack of a camera bump means it sits totally flat. It also does this little light reflecting effect that has no pragmatic benefit, but just looks cool. Sometimes that’s okay. The phone feels like it should cost more.

– There’s a fingerprint scanner, and it’s very fast. It’s placed in just the right spot, a recessed little circle toward the top of the back, and it’s consistently accurate. It also doubles as a convenience key, similar to what’s on the Alcatel Idol 4s or BlackBerry DTEK50. Here, you can set it to open various apps — one with a press, one with a double press, another with a long press. You can also rest your finger on the scanner to snap photos, instead of using an onscreen button. This is all useful.

– The display is a pleasure. It’s a 5.2-inch, 1080p IPS panel. There are sharper displays out there, but it’s not like you’ll notice the drop-off. What matters is that its colors are accurate, it doesn’t wash out at an angle, and it gets bright enough to be visible in the sun. It’s not as vivid as a good OLED screen, but it gives you little to complain about.

– It’s not the strongest $400 phone, but it’s still fast and fluid . Internally, the Honor 8 rolls with Huawei’s own HiSilicon Kirin 950 chip and a healthy 4GB of RAM. Huawei pegs the 950 as equal to the Qualcomm Snapdragon 820 found in most 2016 Android flagships, but that’s not quite the case — my benchmark tests put it a little ways behind the 820-powered OnePlus 3 and ZTE Axon 7 across the board. Technically, for the money, you can do better.

That said, if you’re not a spec fiend, you’ll be more than fine. Apps open quickly, Chrome browsing is smooth (relatively speaking), and there isn’t a game you can’t play with some level of comfort. My only major complaint is how that glass back gets a tad warm if you stress the phone long enough. Still, it’s a step above what’s usually in the midrange.

– There are two cameras on the back, and they combine for crisp, vibrant photos. Dual-lens cameras are the new hot thing in smartphone photography: LG put two sensors on the back of the G5, and Apple is expected to do the same with the iPhone 7 Plus. When done wrong, the result is decidedly unremarkable. The Honor 8 doesn’t do it wrong.

Here we have two 12-megapixel shooters: one, an RGB color sensor, the other, a monochrome sensor meant to pull in more detail. The idea is to give the Honor 8 more information to work with, which it can then combine into images that capture more light, are more flexible with depth of field effects, and generally look more vivid.

It’s all very similar to what Huawei did with its P9 flagship overseas — while it still can’t touch the highs of Samsung’s newest Galaxy phones , it’s not terribly far off. Colors are rich, there isn’t much noise, and low-light shots are decent. The focus-shifting effects aren’t perfect, but they’re convincing at their best. The only red flag is that there’s no optical image stabilization, so you might run into blur if you shoot quickly. Otherwise, this is a very competitive setup.

– Storage isn’t an issue. There’s 32GB of room by default — or 64GB in a $450 version — which is fine. Alongside that, you can add up to 256GB more through a microSD slot, which is good. Since the phone supports Android’s “Adoptable Storage” feature, it’ll treat any added storage as if it was part of the phone itself, which is great.

– The little essentials are fine. I had no issues with T-Mobile’s network here in Manhattan. Same goes for connecting to WiFi at home. Calls were also good and clear. There’s NFC support, too, if you’re into mobile payments. The speaker could be louder, but most of the basics are down.

– There’s also an IR blaster. Some context: For a few years, Android manufacturers went through this phase where they all became weirdly enthusiastic about baking infrared sensors into flagships. “Your phone can be your TV remote!,” they’d proclaim. It was such an odd and incredibly dorky feature to promote, but I loved it because of that.

Most phone makers moved on earlier this year, but Huawei apparently missed the memo. Sure enough, its Smart Controller app lets you pair the Honor 8 with your TV and flip through channels with your phone. IR itself is still a horribly outdated standard; really, I just enjoy the absurdity of writing about this in 2016.

What’s bad about the Huawei Honor 8
– The software has a few fun tricks, but it doesn’t feel necessary. To be clear, Huawei’s EMUI skin is perfectly usable. It won’t stop you from checking your texts or Facebook alerts. The problem is that its diversions either feel forced or just plain weird.

The icons are different, just because. There’s no app drawer, because that’s what Apple does. There’s a range of motion controls and “Knuckle Sense” shortcuts — so you can, say, take a screenshot by knocking on the screen — because those are things you can technically do with a smartphone. The whole thing is hyperactive about killing background processes, because that sounds like it’d be more helpful than annoying. Nothing about it is awful; it’s just not better.

What is bad is just how thick it is. The Honor 8 needs that 4GB of RAM to run smoothly, because at any given point EMUI eats up anywhere from 1-2GB on its own. Its feature set doesn’t make up for that. On the plus side, Huawei says it plans to support the Honor 8 with two years of software updates — including one that’ll take it from Android 6.0 to Android 7.0 Nougat — albeit at a rate of “at least once every three months for the first 12 months.”

– Glass is glass. This thing is as slippery as smartphones get. Rest it on any sort of angled surface, and it’ll soon slide to its death. Given that glass isn’t the sturdiest material in the world, that’s not great! The fact that Huawei is offering a bonus warranty for any glass-related damages tells me it realizes this. The fact that the phone is a fingerprint magnet doesn’t help, either. All of this happens every time someone makes a glass phone, and it never gets less annoying.

– Battery life isn’t as strong as it should be. The 3,000mAh pack sounds formidable on paper — especially with a 1080p screen — but it’s not so much in practice. It can still get you through a full day, which is what matters, but that’s not a given the way it is with the OnePlus 3 or iPhone SE. It’s not removable, either, so it could become a more nagging issue years down the road. On the plus side, the phone does use USB-C (albeit over USB 2.0), which helps it charge relatively quickly.

So, should I buy it?

Well, I’m not going to tell you no. The Honor 8 runs well, takes sharp photos, and has all the features I’d expect from phones $200 more expensive. And again, on aesthetics alone, it is a Nice Thing. If the OnePlus and ZTE didn’t exist, it’d be a no-brainer. But they do.

The OnePlus 3 in particular is still the top choice from this new class of “affordable flagships.” Compared to the Honor, it’s faster, its camera is still excellent, and its software is much cleaner. It looks a bit more utilitarian, but it’s far from cheap. It also won’t slip off the arm of your couch.

Still, we’re mostly talking about fine margins. If you dig the look of the Honor 8 — and that’s a very easy thing to do — it’s a fine choice, and another blessing for smartphone shoppers on a budget. 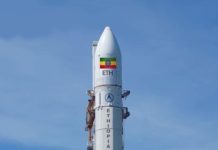 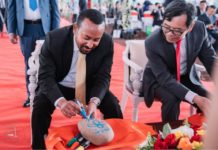 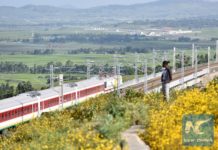 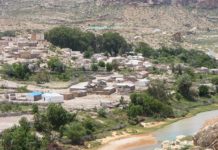 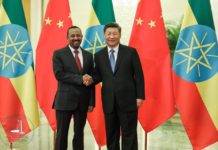