The capital of Somalia is one of the most dangerous cities in the world, but this week fear of blasts has been overcome by a love for books.

Organizers say about 2,000 people turned out on the first day of the Mogadishu Book Fair to meet authors and examine hundreds of titles on display. The three-day event runs through Friday.

The book fair shows a different side of a city trying to emerge from decades of unrest, destruction and waves of deadly attacks by al-Shabab militants.

Mohamed Dini, the founder of the book fair, said the goal of the event is to help rebuild the nation.

“Books and knowledge will be central pillars to the new Somalia we want to see,” he told VOA’s Somali Service. “Books and pens will have to replace the chaos, screaming and guns.”

Somalis took to social media to hail the event as a “positive development” and “images you won’t see in mainstream media.” 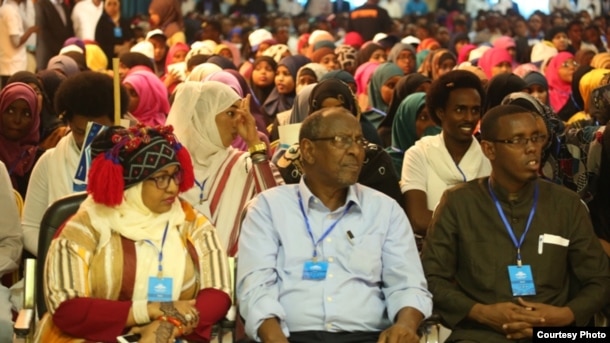 Organizers said they were surprised by the huge turnout. The majority of the attendees were young people, between the ages of 15 and 35. Some came for the experience, but most were buying books written in Somali, Arabic and English, including books about late South African president Nelson Mandela and the late co-founder of Apple, Steve Jobs.

Abdinur Mohamed, another one of the organizers, said he was overwhelmed by what he has heard from one of the participating writers, a woman who came from Somaliland.

“She said to me, ‘Mogadishu Book Fair broke barriers erected by politicians,’” he said.

He was referring to Naima Qorane, author of a new book titled “Qoys ilaa Qaran” or “From Family to Nation.” Her book discusses the importance of families in nation-building.

“The mother is key to raising a good family which then produces good children who contribute to having a healthy society,” she told VOA “That way you build a nation which will then have a good leadership.”

He said half of the books on display this week are different from last year’s. “It’s a new year, new book fair, new faces, new picture,” he told VOA. 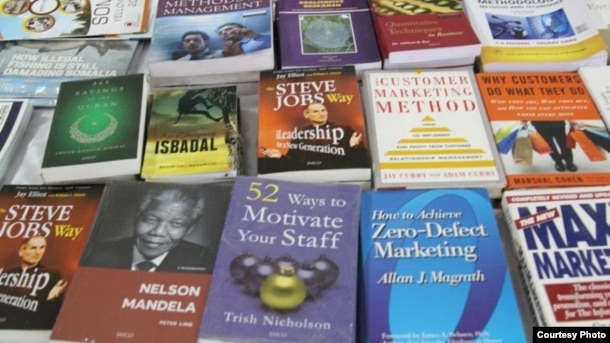 This is the second major event Mogadishu has hosted within a week. On Tuesday, hundreds of Somali diaspora members concluded a three-day conference in the city, discussing their role in rebuilding the country.

Much of Mogadishu remains in ruins after a quarter century of conflict, and al-Shabab continues to launch suicide attacks on hotels where Somali lawmakers gather.

At the end of the first day of the book fair, the participants were relieved it passed peacefully. Without question, Mogadishu will need many more initiatives like the fair to fully shake off the dark days.