The soldiers were found guilty of pursuing personal interest and endangering operational efficiency of the UPDF, contrary to section 124 of the UPDF Act. The nine were part of a group of soldiers implicated in a fuel racket that was busted by AMISOM officials in June.

The UPDF Divisional Court Martial sitting in Mogadishu, yesterday, handed sentences ranging from one year to three years after finding the soldiers, who included both senior and junior ranking officers, guilty of misconduct and violating the rules and regulations of peacekeeping.

The sentences were read to the soldiers by the Chairman of the Court Martial, Brig. Gen. Dick Olum, who warned that UPDF will not tolerate any incident of misconduct among its officers serving in peacekeeping missions.

“The prosecution has proved all the accusations of pursuing personal interest and endangering operational efficiency beyond reasonable doubt. The accused persons are hereby convicted of the charges against them and this conviction is given under my hand and seal this 15th day of August 2016. You are convicted as charged,” Gen. Olum told the soldiers.

In addition to imprisonment at Luzira prison, Uganda, three of the soldiers were dismissed with disgrace from the army. It means that they will leave the army without any benefits, unlike many of their colleagues who have served the Mission with diligence and upheld high standards of discipline as required by the Ugandan government.

Those convicted are: Maj. Sulait, who was sentenced to three years imprisonment and dismissed with disgrace from the UPDF; Maj. Kundu Weyaula, one year and demoted to the rank of Captain; Warrant Officer II Kakooza Mathew, 18 months imprisonment; Staff Sergeant Abwot Richard, 18 months in prison and demoted to Sergeant, and Cpl. Sekandi Ronald was handed a two-year prison term and also dismissed with disgrace from the army.

Others are Lance Corporals Kasule Budala and Atugiriire Dennis, both sentenced to 18 months in prison and demoted to the rank of Private; Private Tibaijuka Expedito, two years imprisonment and dismissed with disgrace and Private Mwanja Noah, 18 months in prison.

Prior to the sentencing, the Judge Advocate, Maj. Harry Lully Lulecera, informed the court that the charges were within the ambit of the UPDF Act, adding that the Court Martial had the powers to sentence the accused soldiers. However, the Defence counsel Lt. Lilian Tugume, pleaded for a lighter sentence on the grounds that all the nine were first time offenders and had shown remorse.

Gen. Olum defended the penalties, saying the soldiers had not only damaged the image of the UPDF and AMISOM but had also endangered the lives of others.

“The sentence that military courts give out to soldiers who have committed a crime is a deterrent sentence. It is a sentence that sends out a message to the rest of military personnel whether back at home or in any other mission out of the country. It is a message that goes out to soldiers and officers of the UPDF that if you commit an offence, you will face the law and face it very harshly,” Gen. Olum said.
Both Major Saifu and Weyaula were stripped of their ranks and together with the rest of the convicts, will stay in custody until they return to Uganda to begin serving jail terms.

The nine are part of 18 soldiers who were earlier arraigned before the same court for selling fuel belonging to the Mission. They were charged after five soldiers were arrested in June, in connection with the illicit sale of fuel in a scam involving civilians in Mogadishu.

However, out of the 18, two pleaded guilty and were immediately charged, six were acquitted and one turned into a state witness, leaving the nine, who had denied any wrongdoing, to face trial.

The Divisional Court Martial is constituted by the UPDF high command and is charged with the trial of cases of misconduct committed by soldiers serving in missions out of the country. 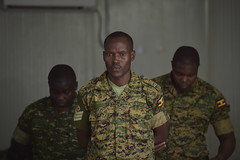 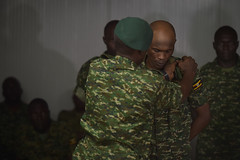 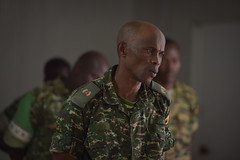 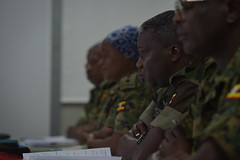 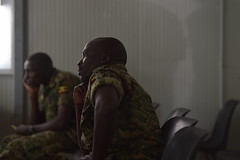 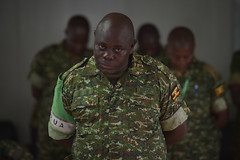 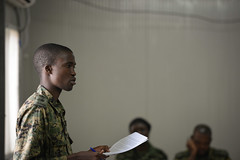 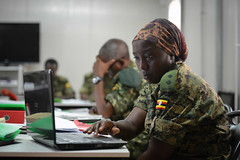 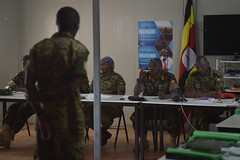 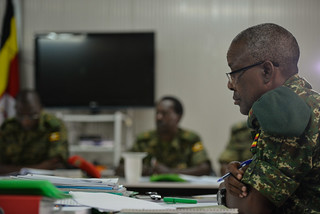 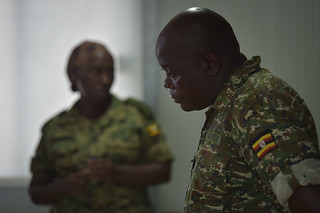