Home News Nadiya Hussain: The Great British Bake Off winner reveals racial abuse
Share on Facebook
Tweet on Twitter
The Great British Bake Off winner Nadiya Hussain has said racial abuse is part of her life – and has been “for years”.
She revealed she has received abuse after “massive things happen” in the news, from 11 September 2001 onwards.
“I’ve had things thrown at me and [been] pushed and shoved,” she said.Speaking on BBC Radio 4’s Desert Island Discs, she said: “I feel like that’s just become a part of my life now. I expect it. Absolutely I expect it.”
Nadiya, 31, continued: “I expect to be shoved or pushed or verbally abused because that happens. It’s been happening for years.”

Asked by host Kirsty Young how she reacted, she said she did not retaliate.

‘Be the better person’

“I feel like there’s a dignity in silence, and I think if I retaliate to negativity with negativity, then we’ve evened out,” she said.
“And I don’t need to even that out because if somebody’s being negative, I need to be the better person.

“Because I’ve got young children, the one thing I don’t want my kids to do is have a negative attitude to living in the UK because, yes, there are those negative people, but they are the minority.”

She added: “I love being British and I love living here and this is my home and it always will be.

“Regardless of all the other things that define me, this is my home. And I want my kids to be proud of that, and I don’t want my kids to grow up with a chip on their shoulder.

“So I live as positively as I can and all those things that do happen to me, hey, it happens but it happens to other people too and we deal with it.”

Fifteen million people watched Nadiya triumph on the BBC One baking show last October, and by January she had been named by Debrett’s as one of the 500 most influential people in the UK.”I was slightly shocked by that but felt really, really proud,” she said of her inclusion on the Debrett’s list.

“I’ve spent most of my adult existence trying to raise good children and just being a good role model for them, and it’s suddenly become so much more than that.

“I feel like if I continue to be a good role model for my kids, that’s what’s really important because I feel like that will resonate with everyone.”

Nadiya said she was aware of the impact her Bake Off appearance and victory had on some viewers.

Speaking on Desert Island Discs, she reflected: “I remember watching that final back and looking around and everyone around me was blubbering – my family, everyone that was watching it with me, they were all crying.

“I know when I said those words why I said them. And I remember the following day I went out and I met a lady – and I’ll never forget it.

“This lady was with her child, maybe eight or nine months old, and said ‘I watched your final and I had been scared to leave the house because I’ve had my baby and I’ve been really afraid to leave with the baby, and I watched the final and I’ve finally left with the baby and this is the first thing I’ve done outside of the house without anybody.’

“So for me I’d realised what had happened at that point, and ever since coming off Bake Off, everybody seems to talk about that last bit, and how they felt the same emotions or in some way related to those words.”

Her Desert Island Discs choices ranged from Janet Jackson and Luther Vandross’s The Best Things In Life Are Free to Pachelbel’s Canon In D Major. Her chosen luxury item was Marmite.
SOURCE: 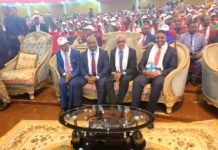 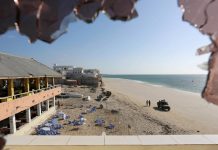 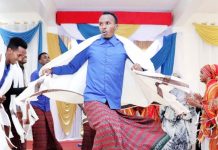 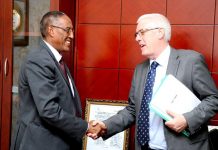