Mediterranean on Wednesday, humanitarian group Medecins Sans Frontieres (MSF) said.MSF said more than 200 survivors had been rescued from the rubber dinghy and transferred to one of the group’s own boats. It said the bodies had been on the dinghy “for hours on end”.

It gave no further details. As of Monday, some 79,861 migrants had arrived in Italy by sea in 2016, while 3,000 migrants have died or gone missing in the Mediterranean, according to the International Organization for Migration.

MSF horrified by the brutal murder of three colleagues in Ethiopia 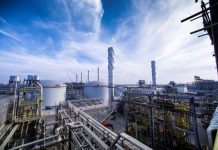 870 more migrants rescued from the Mediterranean